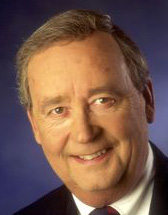 A man known for being a consumer watchdog for Milwaukee area viewers has died.

Tom Hooper worked in local news for 35 years, mostly as the watchdog reporter for WITI-TV. He died Oct. 19 in Georgia. He was 85.

Hooper’s reports changed Wisconsin, leading to changes in laws dealing with the monitoring of abused children, school bus safety, and testing for real estate licenses, according to the Milwaukee Journal Sentinel.

He was awarded a Wisconsin Silver Circle Award in 2010 by the Midwest Chapter of the National Academy of Television Arts and Sciences.

Before working at WITI, Hooper worked as an anchor at WKOW-TV. He worked there for six years before moving to WITI in 1964.

A memorial service will be scheduled at a later date.