The WBA Newsroom is an online resource for Wisconsin broadcast news managers, reporters and producers and photographers. It was established through a grant from R. Perry Kidder to the Wisconsin Broadcasters Association Foundation (WBAF). Formerly the Kidder News Resource Center, the WBA Newsroom is to provide legal and First Amendment advice, reporting and producing tips, Wisconsin news background features and links to other web sites for background, research, and story ideas. 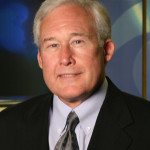 R Perry Kidder Throughout his 40-year career in the newspaper, radio, and television news business R. Perry Kidder has witnessed the positive power of journalism. A University of Texas graduate, Kidder’s career has included a stint as a national ad salesman for television, many years as an executive at WMT Radio and TV in Cedar Rapids, Iowa, and later as Vice President and General Manager of WFRV-TV in Green Bay. Throughout his career he has been devoted to serving his community and his industry, serving on the Executive Committee of the Green Bay Packers Hall of Fame and in various executive positions with the WBA and the WBA Foundation. Believing that great journalism requires the resources to get to the truth, Kidder’s generous donation made possible this website, devoted to the excellence in journalism that his fellow University of Texas alumni Walter Cronkite represented. 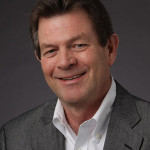 David Sanks David Sanks is active in Wisconsin broadcasting and has been involved with broadcast news operations for over 35 years. He believes the fundamentals of journalism that have been the rule book for individuals that report on the issues and events in our local communities are still valid, important and essential to help insure fair, balanced and accurate reporting. However, broadcast news is not just about journalism and journalistic standards. It is a business, a community resource and there is a lot to understand about the world in which broadcast news exists. The WBA Newsroom site is intended to provide information beyond the fundamental standards of journalism so all that visit the site can find a variety of information that will help them be responsible and credible as purveyors of news and information. The site is intended to educate, inform and maybe even entertain. Test your pronunciation of Wisconsin names…you will be educated, informed and definitely entertained! 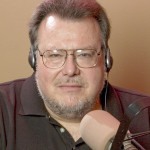 Tim Morrissey Born, raised, and educated in Wisconsin, Tim Morrissey has worked in and managed radio and TV newsrooms for most of his professional life. He has consulted broadcast news operations from coast to coast and several articles about his methods for effective broadcast news writing have been published in national journals. He has served as both a university faculty member and as a faculty adjunct, teaching broadcasting courses. Although he has worked as a news anchor and writer in four top-twenty markets, his decades of daily news coverage experience right here in Wisconsin uniquely qualify him as the principal content creator for this site. He has thorough knowledge and vast experience with the laws, rules, regulations, and professional ethics regarding news coverage in Wisconsin. Tim and his wife Toni, who is a former radio and TV news writer and reporter, live in suburban Madison and are parents of two adult children. 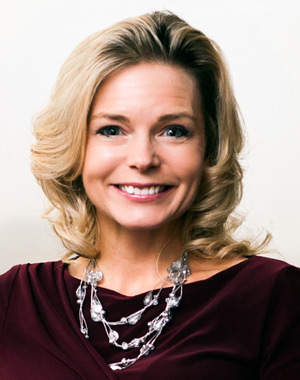 Michelle Vetterkind, CAE Michelle Vetterkind is President & CEO of the Wisconsin Broadcasters Association and the Wisconsin Broadcasters Association Foundation, representing more than 98 percent of the state’s radio and television stations in Wisconsin, as well as various associate and retired broadcaster members. Vetterkind is on the Executive Committee of NASBA (National Alliance of State Broadcasters Associations); serves as the Amber Alert co-chair for the Wisconsin Amber Alert oversight committee; and is a member of the National Radio Hall of Fame Steering Committee, Wisconsin’s EAS Committee, Wisconsin’s FOIC (Freedom of Information Council), and Wisconsin’s Media Law Relations Committee. In 2014, Vetterkind was named one of Radio Ink’s Most Influential Women in Radio. Michelle received her designation as a Certified Association Executive (CAE) in 2000, and holds a B.S. from the University of Wisconsin-Madison in Government/Public Policy, in addition to an Associate’s Degree in Applied Arts. She lives in Madison, Wisconsin with her husband Kirk. She has a 20 year-old daughter, Nicole, a 24-year-old stepson, Taylor, a new grandson, and an ever-loyal diabetic cat named Clyde.

Freedom of speech is a building block of our democracy and professional journalism is the caretaker of those freedoms.