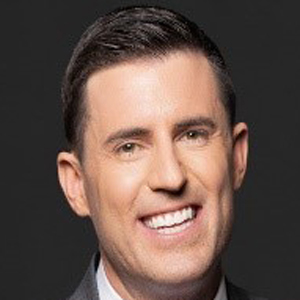 Reisbeck will join Natalie Shepherd and Chief Meteorologist Drew Burgoyne on the CBS 58 News, weeknights at 5 p.m. and 10 p.m. and at 9 p.m. on WMLW The M.

Reisbeck is returning to Wisconsin after reporting at WJLA, Washington D.C.’s ABC affiliate. After graduating from the Walter Cronkite School of Journalism at Arizona State University, he got his start as a sports reporter in Wausau at WAOW. After stints in New York and California, he took a job as morning anchor at FOX6 (WITI-TV) in Milwaukee.

“The people are what brought me and my family back to the Badger state,” Reisbeck said. “The love and support that we have received here is second to none.  I’m honored to be back inside your homes and in the palm of your hands.”

“Jessob knows Milwaukee and its viewers.  I respected him as a competitor because of his ability to connect with people and handle all different types of stories.” said Kent Harrell, News Director at CBS 58.

Anne Brown, General Manager at CBS 58, has worked with Reisbeck previously and said “I’ve seen his positive energy and work ethic in action and know he’ll be a terrific addition to our newsroom.”