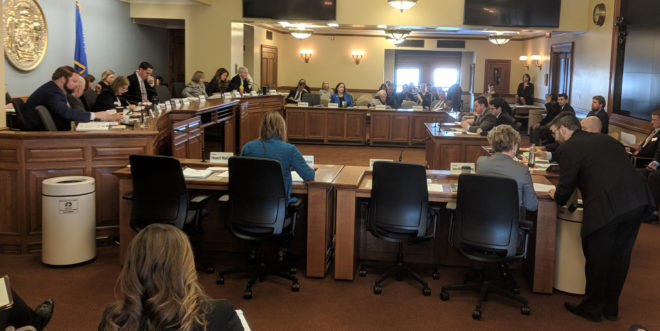 A bill that would establish statewide rules for how police use body cameras and handle requests for access to videos has been approved for introduction by the Joint Legislative Council. A study committee drafted the bill during a series of meetings that started last summer.

The Council voted 20-0 on Wednesday morning to approve the bill for introduction. Chair of the Study Committee on the Use of Police Body Cameras, Sen. Patrick Testin, introduced the draft legislation to the Council and explained the work done by the committee to get it drafted.

The bill can be read here.

The committee voted 9-1 last fall in support of the draft legislation. WISN-TV News Director Ben Hart and attorney James Friedman represented broadcasters and the media on the committee. Both voted in favor of the bill. The study committee included lawmakers who supported two different body camera bills during the last session. Neither were signed into law.

The bill also sets standards for record retention and mandates the adoption of policies for law enforcement departments that adopt the use of police body cameras.

The bill will now go through the legislative process, starting with referral to the legislature’s standing committees.