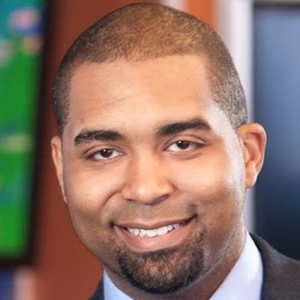 “Ben is an accomplished executive, succeeding at every assignment over his long career with Hearst,” said Hearst Television President Jordan Wertlieb. “He has made every newsroom he has led better by bringing an enthusiasm and spirit grounded in his passion for the First Amendment and local television’s vital community role. We know he and the WJCL team will continue the momentum the station has experienced under Tim’s leadership and take the station to the next level.”

Hart joined Hearst Television in 2002 as a news producer at WAPT-TV, the company’s ABC Affiliate in Jackson, Mississippi. He advanced to producer positions at Hearst stations in successively larger markets, WDSU-TV in New Orleans and KCRA-TV/KQCA-TV in Sacramento. He returned to WAPT as assistant news director and, later, news director, before moving to Milwaukee to lead WISN’s news effort. Prior to joining Hearst, Hart began his broadcast career in radio as a program director, among other roles, for Cumulus Media and Urban Radio, moving to television as a director for WCBI-TV, the CBS affiliate in Columbus, Mississippi.

During his time in Milwaukee, Hart—the son of an accountant and a Detroit police commander—and the WISN news team engaged with state lawmakers to help guarantee public access to government records such as police body-camera video. In 2020 WISN was honored with two regional Edward R. Murrow Awards from the Radio Television Digital News Association, and 27 awards from the Wisconsin Broadcasters Association, including Station of the Year—its fifth in six years—and News Operation of the Year. At WAPT, Hart led the news team to the station’s highest ratings success and several Mississippi Associated Press awards and he was named the 2015 AP Newsperson of the Year in Mississippi. Collectively, news teams led by Hart have earned seven regional Emmy awards and three regional Edward R. Murrow Awards.

Born in Detroit, Hart and his family moved to Mississippi when he was a teenager. He is a graduate of Mississippi State University, where he started his career as a radio program director, producer and on-air talent.