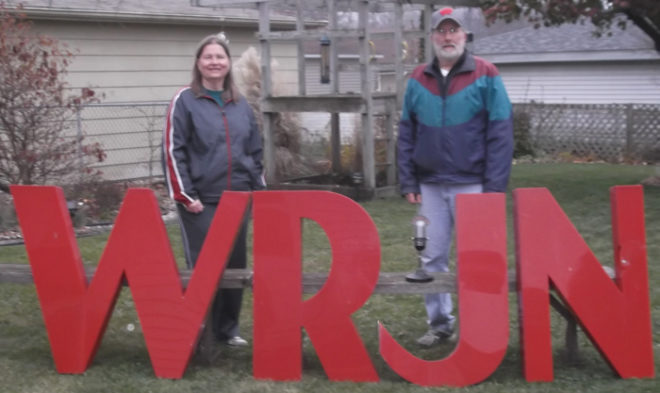 A husband and wife radio news team in Racine is retiring after a combined 53 years at WRJN-AM.

Tom Karkow was at the station for 39 years and Janet (Hoff) Karkow was there for 14 years after 18 years at WLIP in Kenosha.

Tom is a Racine native, and Janet is from West Virginia. They married in April 1984 when they were still working as competitors in the same market. There was occasional shared information and cooperation, but only after whoever got it also broke it, they said.

The news department became standalone from the Journal Times newspaper in 1969 when the late Donn Edmark was hired away from Kenosha radio to start it. Edmark retired with an ownership change in 1986. Sports Director Gary Suhr, who’d started at WRJN as a staff announcer in 1962, took over. Suhr retired in August 1998. Tom Karkow then took the reins. Janet Hoff left WLIP in Kenosha in 1994 with a downsizing. She did stringer work for WRJN off and on, and filled open positions twice. She was hired by WRJN full-time in 2014.

Tom and Jan led WRJN News from that point on. In that time together, their work received awards from the Milwaukee Press Club, Wisconsin Broadcasters Association, and Midwest Broadcast Journalists Association. Both Tom and Jan participated in multiple media panel discussions in Racine County for young leaders programs. Tom is still an original member of the Racine County Local Emergency Planning Committee, going back to 1987.

They have an adult son, Andrew. 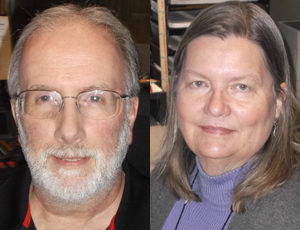 “We were fortunate to have lasted as long as we did in a business that changed dramatically over the decades,” Tom and Janet said. Along the way, we benefited from the help of so many co-workers, and public officials. Those relationships will be missed, and we will be forever grateful.”

WRJN will celebrate its 92nd anniversary in December.