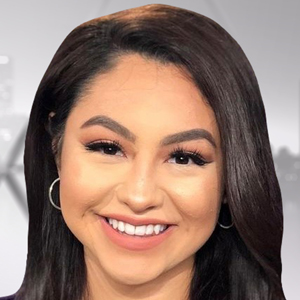 Gabriella Garza will be the weekend morning news anchor on WISN 12 starting March 9.

Along with meteorologist Molly Bernard, Garza will anchor ‘WISN 12 News This Morning’ from 5 a.m. to 6 a.m. and 7 a.m. to 9 a.m. on Saturdays and Sundays. In addition, Garza will provide in-depth reporting on WISN 12 News throughout the week.

“Gabriella’s roots are right here in the Midwest, but her insight is expansive,” said Jan Wade, president and general manager of WISN 12. “Her storytelling and interviewing skills will get at the heart of what really matters in our community.”

Garza was born and raised in Hartford, Michigan, a small city in southwest Michigan. In 2016, she graduated from Michigan State University with a bachelor’s degree in journalism.

“After nearly six years away, I’m so excited to be back in the Midwest, a place that has always felt like home. It’s truly an honor to be able to work alongside the journalists at WISN 12,” Garza said.

Prior to joining WISN 12, Garza worked as a weekday morning anchor at KRGV-TV in Weslaco, Texas. She has also served in a variety of other roles in the state, such as a weekday reporter and host of a weekly news program. Garza originally started as an intern, being exposed to a wide range of responsibilities in local news.

“From the moment I stepped into the newsroom I knew it was exactly where I wanted to be. I can’t wait to get to work and learn more about the other side of the lake” Garza said.

Aside from her passion for news, Garza enjoys traveling to new places, meeting new people, and spending time with her husband and their nearly two-year-old son, Bowie.