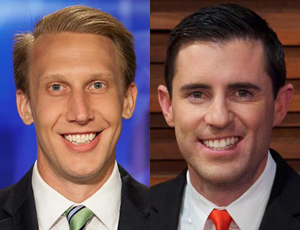 Carl Deffenbaugh is moving to the anchor desk of FOX6 Wakeup on WITI-TV after the departure of Jessob Reisbeck for a TV station in Washington DC.

Deffenbaugh is already familiar to FOX 6 viewers as the roving reporter out in the community during the 7-9 a.m. hours of FOX6 Wakeup.  The move is effective Aug. 24.

“When Carl anchored, it became apparent very quickly that he was a perfect fit for the anchor desk,” WITI President and General Manager Chuck Steinmetz said. “It was an easy move to make.”

Deffenbaugh is an award-winning reporter, most recently winning an Emmy for his series of reports from onboard the USS Dwight D. Eisenhower. He started his career on the sports anchor desk in Pennsylvania and after several years in both Virginia and Indiana, moved to Wisconsin to join WITI-TV.  His love for sports is apparent in his personal life.  He plays on a traveling Ultimate Frisbee team and has spent his life as an outdoor enthusiast.

“After two years of fun and adventures in the field, I am absolutely thrilled to join the anchor team in the studio at FOX6,” Deffenbaugh said.

Deffenbaugh grew up on the east coast and graduated from Northwestern University’s Medill School of Journalism. He lives in Milwaukee with his wife and daughter. 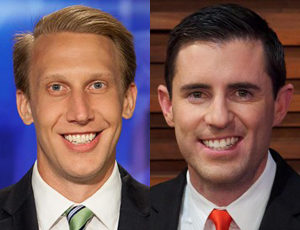