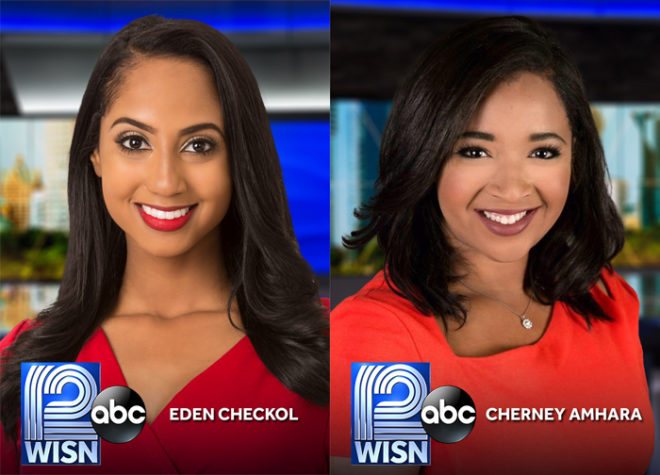 Eden Checkol, the weekend anchor of “WISN 12 News This Morning,” is moving to mornings five days a week to take on an enhanced role as Breaking News desk anchor/reporter. Checkol will also take over anchoring weekdays 4:30 to 5:00 a.m. Chernéy Amhara joins the news team and takes over as the new weekend anchor of “WISN 12 News This Morning,” airing from 5 to 6 a.m. and 7 to 9 a.m. on Saturdays and Sundays.

“We’re excited to add Eden to the weekday morning newscast, working with Adrienne and Sheldon,” Jan Wade president and general manager of WISN 12 said. “Eden has done a wonderful job for us on weekend mornings, and we are confident she will make significant contributions to the breaking news desk, as well as becoming our 4:30 a.m. weekday anchor.  Chernéy is a new face for the WISN 12 News Team,” Wade said. “Based on her solid work in other markets covering some very big stories, she is a welcome addition to our news team. She will fit right in.”

Prior to coming to WISN 12, Amhara was a multimedia journalist and fill-in anchor for FOX5 News in Las Vegas, where she covered significant events like the largest mass shooting in modern U.S. history. Amhara started her professional news career as a reporter at CBS19 in Charlottesville, Virginia, reporting on stories such as the protests over the removal of Confederate monuments. After spending her early years in Kingston, Jamaica, Amhara moved to Sacramento, California and earned her bachelor’s degree in Journalism from California State University, Northridge.

“I’m extremely excited to begin this new journey in Milwaukee,” Amhara said. “I can’t wait to explore all that my new home has to offer and share stories that make an impact in the community.” 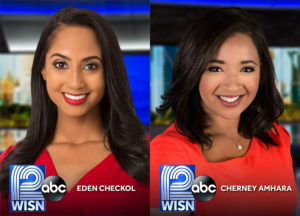