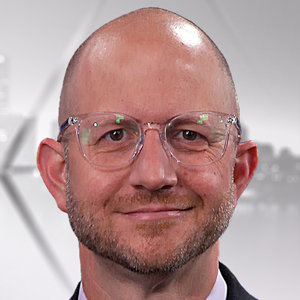 Sinn brings decades of experience to this position, having served in diverse roles across broadcast journalism – ranging from producing cutting-edge newscasts to managing dynamic newsrooms.

“Following an extensive nationwide search, I was drawn back to our own newsroom to find the right person to lead it, said Jan Wade, president and general manager of WISN 12. “Matt is an exceptional journalist, and most importantly he’s been part of every major story that has impacted our newsroom and our community for years. He’s knows the 12 News Team, he knows the mission of the newsroom, and he knows what it takes to deliver quality journalism to our viewers.”

Sinn replaces Ben Hart, who elevated to general manager at Hearst-owned WJCL-TV in Savannah, Georgia. Sinn has been critical to WISN 12’s success since 2015, where he has helped lead the station through tumultuous news events such as the Sherman Park unrest, an international pandemic, protests over policing and racial equality, multiple state-wide and local elections, a mass shooting at MillerCoors, and severe weather.

“As a journalist, there is nothing more important to me than building trust, both with my team here at WISN and in the greater Milwaukee area. To do that, we will keep asking the tough questions, holding people accountable, and being a champion for the community,” Sinn said. “I’ve been part of the most competitive news market in the country for the past five years, and I’m excited to continue WISN’s pedigree of ‘Leading the Way,’ as real journalism has never been more important than right now.”