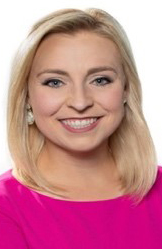 Since graduating from St. Cloud State University in Minnesota, Reistad has worked in a variety of roles as a reporter and anchor. Most recently she was at NBC15 (WMTV-TV) in Madison where she anchored the morning newscast.

She has been very involved with charities in the cities she’s called home, working with a variety of different organizations from Habitat for Humanity to the Second Harvest Food Bank.

“Meghan is a great addition to our morning team and CBS 58,” said Kent Harrell, News Director at CBS 58. “She’s an experienced morning news anchor that our viewers will connect with.”