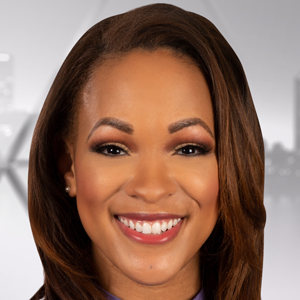 “Kristin has quickly become a fixture not only at WISN 12 but also across southeastern Wisconsin,” said Jan Wade, president and general manager of WISN 12. “From her natural instincts in journalism to her captivating skills in storytelling, she’s a wonderful fit for this newscast.”

“Wisconsin feels like home because of the people; they have really embraced me,” Pierce said. “I am thrilled and grateful to be a part of this community- to continue to get to know people and share impactful stories and cover critical issues that make a difference in people’s lives.”

Before joining WISN 12, Pierce was an anchor and reporter at WHAS 11 in Louisville, Kentucky, an anchor and reporter at WWL-TV in New Orleans, Louisiana, and a reporter at WXYZ/WMYD in Detroit, Michigan. Behind the scenes, Pierce has also worked as an associate news producer in both Michigan and Ohio. Pierce attended Bowling Green State University, graduating cum laude with a Bachelor of Science degree in Journalism and a minor in Sociology. She is a proud member of both Alpha Kappa Alpha Sorority, Inc. as well as the National Association of Black Journalists. A survivor of domestic violence, Pierce is also a strong advocate for and with people impacted by domestic violence.