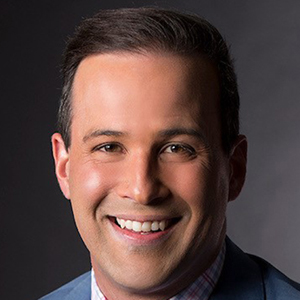 Dario Melendez is joining WISN-TV in Milwaukee as sports director effective April 18. He will serve as the anchor of sports coverage at 6 p.m., WISN 12 News at 9 p.m., WISN 12 News at 10 p.m., and during Big 12 Sports Saturday at 6:30 p.m. and 10:30 p.m. He replaces long-time Sports Director Dan Needles, who retired last month after 32 years with the station.

Melendez previously worked as a weekend sports anchor and reporter for WISN-TV.

“Dario was part of Big 12 Sports a few years ago,” said Jan Wade, president and general manager of WISN-TV. “So viewers are welcoming back a familiar face. He and his wife met here, and are raising their family here now. We are very excited to have him back.”

“I’ve been fortunate to live and work in some of the top markets in the country and I can say, without hesitation, that Wisconsin sports fans are some of the most passionate and knowledgeable I’ve ever been around,” Melendez said.

In addition to his anchor duties, Melendez will lead WISN-TV’s sports programming involving the Green Bay Packers, Milwaukee Brewers, Milwaukee Bucks, Wisconsin Badgers, and other sports and teams at the local and state levels. This includes Big 12 Sports specials on topics like the NFL Draft, pre and post-game coverage, playoff and championship runs, as well as significant interviews with the most renowned names in sports.

“He brings a wide breadth of sports experience to Big 12 Sports,” Wade said. “And viewers will also benefit from his depth and knowledge of Wisconsin teams.”

Most recently, he served as an anchor and reporter for Bally Sports Wisconsin covering the Milwaukee Brewers and Bucks. Before that he held the anchor and reporter roles for New York 1 in New York City, and for ESPN’s SportsCenter in Bristol, Connecticut. Prior to his last position at WISN-TV, Melendez worked his way up through the industry and held sports broadcasting anchor, reporter, and hosting roles for both television and radio stations in Wisconsin, Florida, and Connecticut.

“The WISN 12 Sports Director role is one of the most coveted jobs in the industry,” Melendez said. “Only two people have held the title over the last 41 years. To be able to continue the legacies left by Tom Sutton and Dan Needles – my personal mentor and someone I learned so much from – is an honor. The chance to connect these fans to their favorite teams and bring them the best coverage in our great state is a role I am thrilled to accept.”