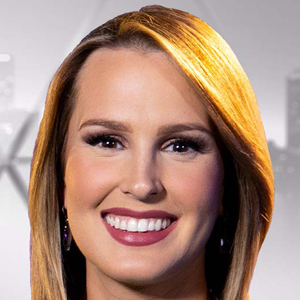 Journalist Mallory Anderson is joining “WISN 12 News This Morning.” On weekday mornings from 4:30 a.m. to 7 a.m., Anderson will be the station’s new live desk anchor. She will be an integral part of the morning team that includes main co-anchors Diana Gutiérrez and Gerron Jordan, Milwaukee’s morning meteorologist Lindsey Slater, and Matt Salemme in News Chopper 12.

“As a Midwest native, Mallory is hardwired with a strong work ethic and an intrinsic understanding of what is truly important to viewers,” said Jan Wade, president and general manager of WISN 12. “She’s an award-winning journalist in her own right, with a passion for asking tough questions and getting answers for viewers. She will fit right in with other members of the 12 News Team.”

Before this new role at WISN 12, Anderson worked as an anchor and reporter for KRDO NewsChannel 13 in Colorado Springs, Colorado. Prior to moving west, she served as an award-winning news anchor, reporter and managing editor at WILX News 10 in Lansing, Michigan. Anderson began her television journalism career as a weekend anchor and reporter at WLUC TV 6 in Marquette, Michigan.

“I’m thrilled to join the morning team at WISN 12. It’s an honor to know I’ll be working alongside such talented and dedicated journalists,” said Anderson. “With loved ones in Wisconsin, and growing up in Michigan, I’m so thankful to be closer to family by working in the Midwest again. For years I’ve told friends that Milwaukee is a city I’ve been striving to get to, and I’m grateful that time has finally arrived. I’m ready to hit the ground running with the best news team in Milwaukee.”

Outside of work, Anderson has been an advocate and advisor for Camp Kesem, a national non-profit organization that supports children who have had family members affected by cancer. She also enjoys podcasts, professional sports, exercising, and exploring new restaurants and breweries with her friends.