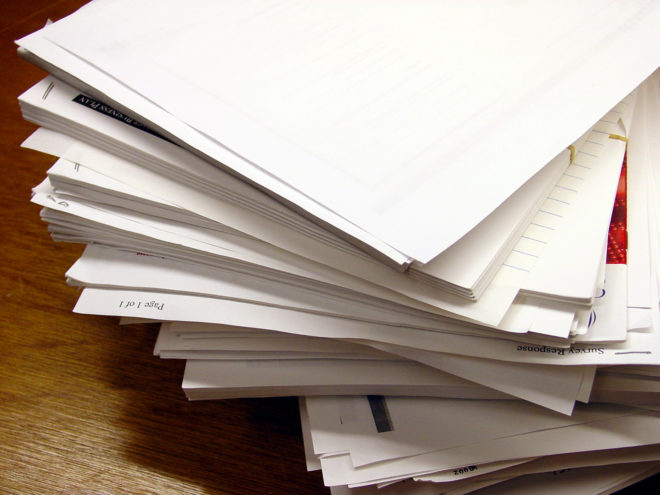 Jonathan Pinnow: A chiropractor wants to know “the statute for patient files record keeping.” OOG’s response—an overview of the open records law—is largely irrelevant. There must be some statutes or rules or guidelines for record-keeping by chiropractors, which is what this guy is asking about. It would have been better to just say “I don’t know.”

Tim McCumber: Sauk County resident says he was denied access to the corp counsel’s “annual personnel review” and minutes from a closed meeting. OOG agrees that the corp counsel’s employment evals are subject to release, which is helpful; it also notes that there is no requirement that minutes be kept, although they may well have been.

Ramona Moody: Grantsburg resident says officials at a town board meeting were “insisting that everybody in attendance must sign in and provide contact information.” OOG helpfully concludes that “the open meetings law does not require attendees of open meetings to sign in or provide their contact information.” This is good clear advice, but Moody’s letter, like all those in this batch, was sent before what we now recognize as a pandemic was recognized as a pandemic. Signing in at meetings is probably not an ongoing practice.

Jeffrey Seering: Reedsburg resident says the Sauk County Board came out of closed session and voted in open session to issue subpoena, something not on the meeting agenda. Asks, “Are subpoenas issued by a county board committee chairman, a non-judicial act, covered by any closed records rules?” OOG responds with boilerplate open meetings and open records explanations, saying it has “insufficient information to evaluate whether a violation of the open meetings law occurred.”

Donald Vogt: Manitowoc resident complains about being asked to pay $88 for court records. OOG’s response is largely unhelpful. It acknowledges “other laws that authorize an authority to charge other fees fall outside of the public records law. ” But OOG doesn’t specifically note that circuit courts can statutorily charge $1.25 per page, which is quite likely what Vogt’s inquiry was about, or that clerks of court should provide an opportunity for in-person inspection without charge, except for desired copies. How hard would it have been to explain this?