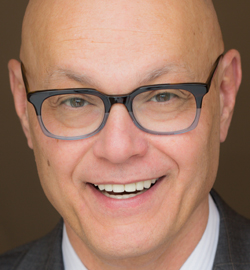 Terrorist incidents such as those that have targeted CNN’s offices in New York City, current and former public officials, and political activists are inexcusable, reprehensible and, unfortunately, frightening.

Now more than ever, we – the men and women who work hard every single day to fulfill your constitutionally-guaranteed duty to seek and report the truth – must once again double down on responsible journalism.

We must also double down on security measures at our physical facilities and ensure our safety while we work in the field.

I don’t need to tell you that we live in a political and ideological era that has become far more than acerbic; much more than toxic. It is now dangerous.

A deranged individual or individuals, perhaps inspired by the rhetoric of current high-ranking candidates and public officials, are acting out against journalists in ways more harshly and cruelly than at any time in our nation’s modern history.

According to the U.S. Press Freedom Tracker, the archive of record for threats to journalists in America, at least 39 reporters and photojournalists have been physically attacked across the country so far this year.

The delivery of explosive devices to CNN and to high-profile people involved in the current political discourse are a blatant attempt to target an institution and citizens in order to intimidate them and provoke fear.

If we as journalists cave to that fear, then those responsible have won.

“In these times we have to unify. We have to come together and send one clear, strong, unmistakable message that acts or threats of political violence of any kind have no place in the United States of America. This egregious conduct is abhorrent to everything we hold dear and sacred as Americans.”

Those words were uttered by the same person who has used harsh rhetoric targeting journalists and political opponents during campaign rallies in an extremely tense and divisive political environment.

It is the responsibility of RTDNA, the world’s largest professional association devoted exclusively to broadcast and digital journalism, to call out the president and those of his supporters who engage in such pomposity aimed at further dividing our country and inflaming hateful ideologies. We must do so even while acknowledging there is currently no indication that whoever is responsible for sending the explosive devices has been inspired in some demented way by words spoken at a political rally or in a campaign ad.

It is the responsibility of the journalists of America to keep their heads down and continue to the important work to which they were called.

Don’t succumb to intimidation and fear.

Watch your backs, but don’t back down.