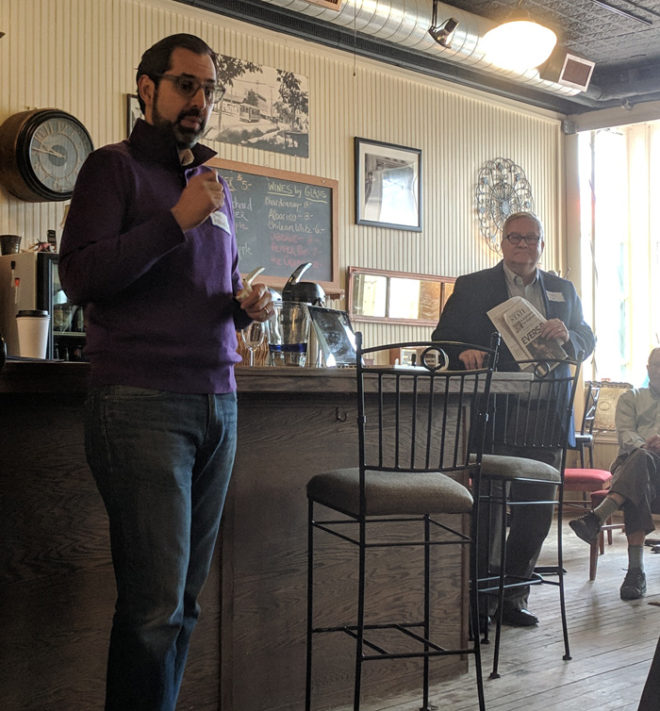 NPR’s David Folkenflik is in Wisconsin this week and met Wednesday morning, the day after the general election, to talk to supporters of the Wisconsin Center for Investigative Journalism.

Based in New York City, Folkenflik serves as media correspondent for NPR News and as host and editor of On Point from NPR and WBUR, along with Meghna Chakrabarti. He broadcasts from New York each Friday. He will be broadcasting the show from Wisconsin this Friday.

He talked to Wednesday’s gathering about the outcome of the midterm elections, his views on media bias, and how NPR has handled stories about its own management.

Folkenflik spoke in strong support of transparency and open government.