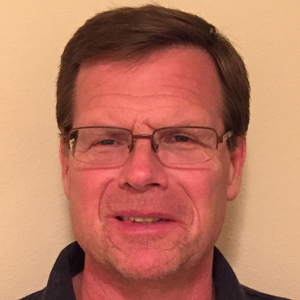 Go out to eat with someone who has worked as a server, and you’re almost certain to hear what the person waiting on your table should be doing better. Show off your DIY home improvement project to your friend who is a general contractor, and you can bet that friend is thinking about (but may be kind enough not to say) the mistakes you made along the way.

I know that, because I am one of “those people.”

After two decades of print journalism experience, my antenna goes up when I read print versions of broadcast stories and see obvious copy errors. A knowledge of print journalism is important for a TV journalist because of what local TV news operations produce. In addition to the on-air content, there are web stories, social media posts, and the omnipresent crawl along the bottom of the screen during newscasts.

Your station may be producing news for visual consumption over the air, but for every other platform, it’s largely relying on the written word to convey the story.

What people read on your station’s site is often just a modified transcript of a reporter’s script. But scripts are meant to be spoken, not seen. What should and shouldn’t be capitalized doesn’t matter for teleprompters. It’s more important to write out a person’s last name phonetically than spelling it correctly. It doesn’t matter if you refer to 500 or five hundred, as long as the person reading the script says that number.

Print journalism does not provide such leeway.

The basics of quality reporting are the same for TV and print. But there are styles to broadcast writing that don’t equate to effective print copy, and vice versa. Take almost any story from a major newspaper and try reading it as if you were on the air, and you’ll see what I mean. It may be extremely well written, but it would also make for extremely clumsy copy for an on-air script.

Here are some of the most common mistakes I see in stories on local news websites.

Not following AP Style Guidelines: The Associated Press Style Guide is an important tool in making sure everything that is generated by your staff has a consistent look to the reader. Your station has its own guidelines for how things look on air — for instance, your lower-third graphics have a certain design, and the weather graphics look consistent no matter who is presenting the forecast. Your print content should strive for similar uniformity.

At first glance, the Style Guide looks daunting in the sheer number of “rules” it provides. Rest assured, it’s not something a reporter is expected to memorize, but it is something that writers should eventually absorb into their minds via repetition — especially when an editor circles the style mistakes and hands it back to you for corrections.

If you can memorize those 10, you’re off to a good start and ready to move to the next level:

Its vs. Their: This is a perfect example of something that sounds correct in conversation, but is obviously incorrect in print.

The subject (the department) is singular, so the correct pronoun modifier is “its,” as in “… its newest deputies.”

It can get tricky with corporate names. For instance, “McDonald’s has told their employees it will be raising wages,” would be incorrect. McDonald’s is a singular corporate entity, so use the singular “its.”

However, it would be correct to say, “McDonald’s employees are excited about their raises,” because “their” is a pronoun reference for the employees, which is plural.

Says vs. Said: In print, “said” should be used anytime you’re referring to a quote or statement, even if you’re paraphrasing. “Says” should be used to describe a commonly used phrase, motto or philosophy.

“Coach Matt LaFleur often says turnovers will make the difference in the outcome of a game.”

Unnecessary Modifiers: These are details that provide no useful information and are unnecessary in print, even though they happen naturally in conversation.

“It’s been a mild winter so far, but tonight there will be plenty of snow falling from the sky.” (Where else would the snow be falling from?)

“In response to the controversy, the governor tweeted out a statement.” (Tweets only go in one direction — out. Until they start going in, over or under, just go with “tweeted.”)

Hyphenated Modifiers: You’ve probably interviewed a small-business owner. What about a small business owner? Hyphenated modifiers are important to use if there might otherwise be confusion.

A newspaper in Northern Wisconsin recently printed a photo of a group of people enjoying a ride through a snowy park on fat-tire bikes. The cutline of the photo, however, described the woman leading the group as a “fat bike rider” rather than the more accurate (and less insulting) “fat-bike rider.”

Acronyms — In another example of why press releases and AP Style don’t mix, acronyms should not appear in parenthesis or offset by dashes after the name of the organization.

For agencies such as NASA or the FBI, simply use the acronym since most people recognize its context. For others with acronyms not commonly recognized, avoid the use altogether and simply use the name of the agency or organization on each reference.

Press Releases: I’ve seen multiple Wisconsin stations running press releases verbatim on their sites. To compound the problem, I’ve seen at least one station running these with the byline and photo of the person who posted the story, suggesting that individual wrote the release.

There are obvious ethical concerns with a reporter attaching their own byline to something they didn’t write (it’s not plagiarism in this scenario, since the writer of the release wants as much of his/her content to appear in its original form as possible). But adding a byline implies to the reader that a reporter has taken the time to review all of the information provided by the source and has carved out the most important information. In reality, however, you’re letting the source have free reign over the content by controlling the message and the details they want to highlight (as well as those they want you to ignore).

In addition, agencies that issue press releases don’t often follow AP Style guidelines, so the releases do not look consistent with other news stories. For instance, releases from government and corporations often capitalize words and titles that should not be (i.e., “The School District of Waupaca announces our newest School Superintendent.”)

Releases from law enforcement are common offenders when it comes to date/time references — “At approximately 8:00 a.m. on the morning of Monday, February 15th, 2021 …” might be official police style, but AP Style would use 8 a.m. for the time, delete the redundancy of “the morning,” use only “Monday” or “Feb. 15” for the date reference, and eliminate “2021” unless the event happened in a previous year.

Last but not least, it simply looks lazy not to edit releases into another format. It’s as if you’re telling the reader that you just didn’t feel like taking the time to look further into the story and find out if there was additional information that would be relevant to them.

These tips won’t make you a better reporter, but they will make your stories look better in print. And that can be valuable knowledge, because becoming a more competent writer not only makes it easier for you to advance in television, but also opens other career options in public relations or digital media.

If you want to test your AP Style skills, check out these quick quizzes by clicking here. Don’t worry how many you get wrong, just remember the correct answer going forward.

Scott Kelnhofer is a Wisconsin native who began his career in TV news before spending more than 20 years as a writer and editor for newspapers, magazines and web publishers. He currently resides in Arizona.