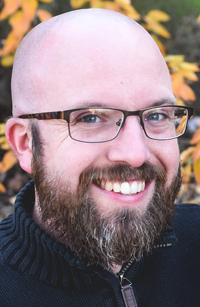 Wisconsin’s tradition of government transparency rests on the state’s open records and open meetings laws. They declare that nearly every government document is open to public inspection, and nearly every meeting of groups formed to do governmental work must be open to the public.

Unfortunately, those laws are woefully underenforced. District attorneys and the state’s Attorney General are empowered to enforce them, but rarely do so. That leaves individuals and watchful organizations to carry the load.

But too many people are unaware of their rights under the records and meetings laws. That enables government officials to put unnecessary roadblocks in their way. People are told things that aren’t true, given evasive or incomplete answers, or just ignored in hopes that they’ll go away.

Recently, I launched a new law firm, the Wisconsin Transparency Project, dedicated solely to litigating open government cases. Part of its mission is to educate the public about the questionable tactics they may encounter, such as the following:

Delay. There is no strict deadline for producing records, but responding to requests is supposed to be a priority. Many simple requests can be completed the same day. The Attorney General recommends no longer than 10 days for most requests.Very few requests should ever take more than a month.

Illegal copy fees. Copy fees should be calculated based on the cost of paper and a per-page charge for use of a copier in a copier lease or similar formula (the DOJ calculates its cost at about a penny per page). Challenge custodians to show you that calculation if they ask for, say, 25 cents per page.

Illegal location fees: Custodians can charge the actual cost of locating records if it exceeds $50. These costs are often inflated to discourage requests. The search should be done by the lowest-paid employee capable of doing it. And it is not proper for records custodians to charge for reviewing records to determine what to black out or otherwise not release.

Illegal demands. Custodians cannot demand that you identify yourself, explain why you want the records, come in to view the records instead of having them copied and mailed to you, or provide copies in paper format if you want them electronically.

Vague notices. Before a meeting, public bodies must put out a public notice explaining what they’re going to discuss or do. If you can’t tell from the wording what this will be, that’s a problem.

Illegal closed sessions. Closed sessions are permissible only in very limited circumstances. Officials must explain why they are going into closed session (merely quoting a statutory exception isn’t good enough) and are not allowed to discuss other topics when they do.

Walking quorums. Officials sometimes try to get around public meeting requirements by holding a series of smaller meetings, each less than a quorum, to reach agreement before a meeting. They can’t do that, even via email or phone.

If you run into any of these problems, consider reaching out for legal advice. Our laws are only as good as the people willing to enforce them. You can contact my law firm, or other law firms that do transparency work, including Pines Bach, Schott, Bublitz & Engel, Godfrey & Kahn, and the Wisconsin Institute for Law & Liberty.

Your Right to Know is a monthly column distributed by the Wisconsin Freedom of Information Council (wisfoic.org), a group dedicated to open government. Tom Kamenick is the president and founder of the Wisconsin Transparency Project.