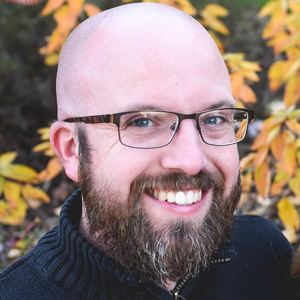 Let’s say you request records from a public official under the state’s Open Records Law. Let’s say the official, though legally obligated to provide them, does not. Let’s say the records are not provided until after you hire a lawyer and file a lawsuit, at considerable expense.

Have you won the case? Should you be entitled to recovery of your costs and legal fees?

Here’s what the Open Records Law says: “[T]he court shall award reasonable attorney fees, damages of not less than $100, and other actual costs to the requester if the requester prevails in whole or in substantial part.” In cases where officials changed their mind and “voluntarily” turned over records after being sued, courts have held for four decades that requesters could still recover fees and costs if the lawsuit was “a cause” of the release.

Under this provision, requesters have been willing to risk expense fighting for the release of records to which they are entitled. And it has allowed attorneys like me to take these cases on contingency, knowing we have a reasonable chance of getting paid at the case’s conclusion.

But in July, the Wisconsin Supreme Court knocked the stuffing out of this recovery mechanism in a 4-3 decision in Friends of Frame Park v. City of Waukesha. The court, without ever being asked to do so, declared that public records plaintiffs “prevail” only if a judge orders the records to be released. In cases where the public official gets sued and has a change of heart, as often happens, there is no longer a clear path to fee recovery.

This is not what the state legislature intended or wrote when it enacted the Open Records Law in 1982. The law doesn’t say a plaintiff has to get a court order; it says a plaintiff has to “prevail.” And when you get the records you sued to obtain, you’ve prevailed. You got what you wanted.  You won.

What does all this mean for ordinary people trying to get records? Well, if it’s harder for attorneys to get paid for their work, they won’t be able to take as many cases on contingency. That means fewer people can afford to file a record lawsuit. Fewer lawsuits means custodians have less fear of being sued. Custodians without a healthy fear of consequences are more likely to violate the law by delaying or denying requests for no reason.

The losing party in this case has filed a motion for reconsideration, asserting that this new test for when a requester is entitled to fee recovery was never even briefed. Meanwhile, the conservative Wisconsin Institute for Law & Liberty is calling on the Legislature to promptly fix the problem that the court’s majority has created.

Transparency advocates have also called for a legislative fix. When the U.S. Supreme Court did nearly the same thing in 2001 (abandoning 40 years of a permissive view of “prevailing” for attorney fees), Congress reacted by amending the federal Freedom of Information Act to expressly provide for fees after voluntary production. Wisconsin should do the same.

Your Right to Know is a monthly column distributed by the Wisconsin Freedom of Information Council (wisfoic.org), a group dedicated to open government. Tom Kamenick is the president and founder of the Wisconsin Transparency Project.