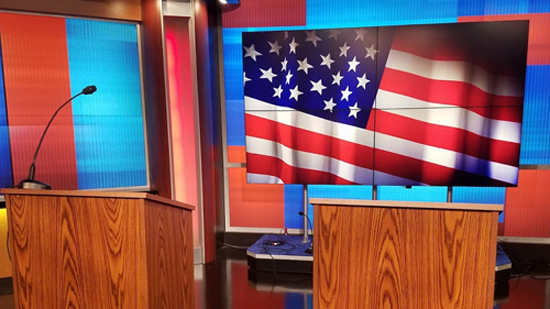 WISN 12 and Marquette University Law School have canceled plans for two televised political debates between candidates in the April election because of rapidly changing developments in the COVID-19 situation. The debates for Milwaukee Mayor and Wisconsin Supreme Court have been cancelled out of an abundance of caution for the safety and health of the candidates, their staffs, and all of those involved in the production.

“After careful and thoughtful discussion over the past few days, we have decided our best path forward is to cancel our upcoming debates,” said Jan Wade, president and general manager of WISN 12. “It is unfortunate, but in light of the Covid-19 pandemic it just does not seem appropriate at this time when health and lives are at stake,” Wade said.

“We agree with the decision to cancel the debates associated with the mayoral and supreme court elections,” said Joseph D. Kearney, dean of Marquette University Law School. “Our overriding interest is the health, safety, and welfare of all involved. We look forward to future partnerships with WISN 12.”

The Milwaukee Mayoral debate between incumbent Mayor Tom Barrett and state Senator Lena Taylor was originally scheduled for March 31. And The debate for Wisconsin Supreme Court between incumbent Justice Dan Kelly and Judge Jill Karofsky had been slated for April 3. These debates will no longer occur.