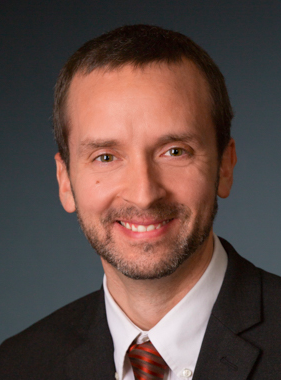 When so much about politics is partisan, one might expect a topic like police body cameras to be contentious, particularly as it relates to public access to recordings.

But proposed legislation to regulate the use of these cameras was approved by nine of the 10 members of the committee that produced it, and received unanimous support from the bipartisan Joint Legislative Council. The bill is now working its way through the Legislature.

Last year, another proposed bill to set rules for police body cameras drew concerns from open records advocates and others. Among other things, it would have required anyone who appeared in a body camera recording taken in certain locations to approve of the video’s release to the public. That would create new work for law enforcement and maybe keep too much information out of public view.

The bill was approved by the Assembly, but stalled in the Senate after it became clear that more work needed to be done. A Legislative Study Committee was formed and met four times between July and November of last year. Sen. Patrick Testin (R-Stevens Point) and Rep. Chris Taylor (D-Madison), who supported competing bills on police body cameras in the previous session served as chair and vice chair, respectively. Committee members included law enforcement, representatives of the media, lawyers, and other lawmakers.

The resulting bill, SB-50, addresses such aspects of police body camera policy as training, equipment, and records retention. Much of the discussion in drafting the proposal focused on public access to recordings.

Wisconsin has a long-standing standard of presuming that all public records are available for the public to view. The committee built on this standard in drafting the proposed legislation, as well as on the experience of other states that have dealt with this issue.

To address the privacy concerns, the committee proposed adjustments to the balancing test as it applies to police body cameras. Records custodians must weigh the privacy interests of victims, minors, and witnesses in deciding whether a video should be released. Redaction technology can be used to protect victims, minors and those with a reasonable expectation of privacy.

The study committee worked hard to reach this agreement. Committee members listened sincerely to those who disagreed with them. Sen. Testin and Rep. Taylor deserve credit for their work leading this committee.

If SB-50 becomes law as currently written, law enforcement agencies will have new rules to help them navigate the use of this new technology. Victims and minors would know that their privacy has protections. The public and the media would continue to have access to police body camera recordings, and they would have the same remedies for appealing a record custodian’s decision as they have today.

SB-50 has not yet been scheduled for a public hearing and lawmakers could make changes to the bill before it comes up for a vote, but the bipartisan support for the bill up to this point is a promising sign.

Your Right to Know is a monthly column distributed by the Wisconsin Freedom of Information Council (wisfoic.org), a group dedicated to open government. Kyle Geissler is director of operations and public affairs at Wisconsin Broadcasters Association.